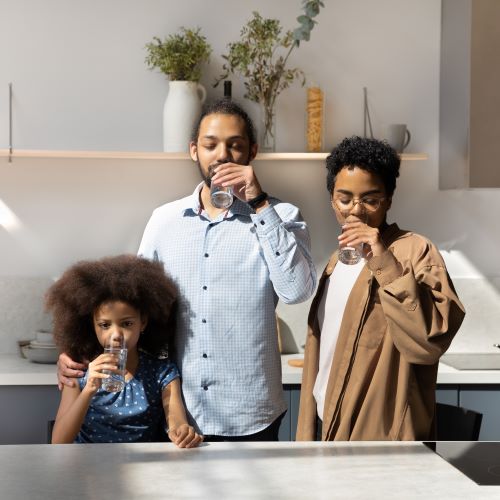 The Environmental Protection Agency (EPA) warned six years ago that having a certain concentration of manufactured chemicals in drinking water could be bad for our health. Updated data now reveals that these substances, known as per- and polyfluoroalkyl substances or more commonly, PFAS, are even more dangerous than previously thought.

Based on these new findings, in June 2022 the EPA revised its guidance to say that harmful health effects of two of the most widely used and studied compounds in the group, PFOA and PFOS, can occur at much lower levels than it previously advised. In fact, these compounds pose risks even at such low levels that they cannot be detected.

The news is disheartening for sure, but rest assured there are in-home water treatment solutions specifically designed to address these impurities in drinking water.

The substances emerged in the 1940s as repellents of fire, water, oil and stains. Their nonstick properties, ability to withstand extreme temperatures and resistance to degradation make them useful components for commercial and industrial products. They are commonly used in items such as nonstick cookware, fire-fighting foams, microwave popcorn bags, pizza boxes, cosmetics and water-resistant fabrics. One big problem is that they break down very slowly in the environment and in the human body, earning them the nickname “forever chemicals.”

In Canada, PFOS are no longer manufactured, imported, sold, offered for sale or used. In the U.S., many companies began phasing out the production of PFOA and PFOS in 2000, but they’ve largely been replaced by other types of PFAS—even some that break down into PFOA and PFOS.

Though the EPA says most people come in contact with these “forever chemicals” through consumer products, we can also be exposed through the air we breathe or the foods we eat that could contain PFAS, like fish.

In addition, we can ingest PFAS if the water-soluble chemicals have entered our water supplies, which can happen over time when they find their way into the soil and then into groundwater or surface water. An environmental watchdog estimated in 2020 that more than 200 million Americans could have the toxic chemicals in their drinking water.*

The EPA’s health advisory levels pinpoint the concentrations of drinking water contaminants at which adverse health effects are not anticipated to occur over a period of time. Though the advisories are non-enforceable and non-regulatory, the guidance helps inform drinking water system operators, public health officials and consumers.

In 2016, the EPA set a lifetime health advisory at 70 parts per trillion (ppt) for PFOA and PFOS. On a practical level, that meant action needed to be taken to improve water when amounts of PFOA and PFOS exceeded 70 ppt.

EPA now says that threshold is much lower. Studies indicate near zero traces of these synthetic compounds can have adverse health effects. Specifically, the updated lifetime health advisory level for PFOA is 0.004 ppt and for PFOS is 0.02 ppt.

In Canada as well, the threshold is low: per the Canadian Drinking Water Quality Guidelines, the maximum acceptable concentration for PFOS in drinking water is 0.0006 mg/L; the guidelines also note that, “as the toxicological effects of PFOS and perfluorooctanoic acid (PFOA) are considered to be additive, the sum of the ratios of the detected concentrations to the corresponding MACs for PFOS and PFOA should not exceed 1.” The guidelines state that Health Canada continues to monitor new research and will work with provinces and territories to update its guideline as needed.

What Are the Potential Ways PFAS Can Hurt Us?

Research remains ongoing, but the EPA says studies have found exposure to certain levels of PFAS may cause health problems that include:

Studies have also shown that only a small amount of PFAS enter the body through skin, according to the EPA. That accounts for the greater emphasis on the water consumers drink rather than, for instance, the water that comes out of a shower head, in term of safety measures that may be needed.

How Can You Determine if Your Water Has PFAS?

In the U.S., if your water comes from a local supplier, you should receive an annual drinking water quality report called a Consumer Confidence Report (CCR) that should address any contamination issues. You may be able to find a copy of your report on your water system’s website or through this EPA resource.

If you get your water through a private well, contact local health officials about potential risks in your community. While you can’t taste or smell PFAS, you can test your water for these contaminants. There are two options: You can hire a water treatment professional who will take a sample and send it to a certified lab for testing. Culligan’s IL EPA-certified lab, for example, can report on the presence of 14 different PFAS compounds.

You can also send a water sample to a certified lab yourself. Your state or province should be able to refer you to ones that test for PFAS.

Notably, the health advisory levels for PFOA and PFOS are below the levels tests can currently detect. This presents the uncomfortable reality that the contaminants could still be water even if they don’t pop up in test results.

The EPA is working to address the testing limitations, but the agency advises that “water provided by these systems that test but do not detect PFOA or PFOS is of lower risk than if they are found at measurable levels.”

How to Reduce PFAS in Your Water

You can seek out a filtration solution certified for the reduction of PFAS if you know you have them in your water or if you want peace of mind because you’re concerned they aren’t detectable.

One such product would be an under-sink water system with reverse osmosis (RO) that works in combination with advanced filters specifically certified to remove PFOA and PFOS.

In fact, the Culligan Aquasential Smart Reverse Omosis and Aquasential Reverse Osmosis drinking water filtration systems, when used with the Total Defense or Total Defense + Mineral Cartridge, are tested and certified by a third-party certification laboratory to reduce PFOA and PFOS in water by more than 95%.** These reverse osmosis systems are certified to reduce up to 61 contaminants overall that could be in water, including lead, mercury and arsenic.

Unfortunately, heating or boiling your water won’t remove the contaminants. Many common refrigerator filters or filters found in pitchers will also fall short.

Limiting your drinking water to bottled water isn’t an answer either. Their regulator in the U.S., the U.S. Food and Drug Administration (FDA), hasn’t established standards for PFAS in bottled water. One study has found some bottled products “approach levels of concern” regarding these contaminants.

With an eye on the prevalence of the problem, the Bipartisan Infrastructure Law has designated $5 billion in grant funding to reduce PFAS in drinking water in underserved communities in the U.S. The EPA has recently invited states and territories to apply for the first $1 billion to reduce PFAS and other emerging contaminants in drinking water. The funds can be used for efforts like testing water quality and installing treatment technologies.

In addition, the EPA is developing a proposed national drinking water regulation for PFOA and PFOS that it expects to publish by the end of 2022 and finalize by the end of 2023. The current health advisories could change as the process proceeds. At this time there have not been new reports of any updated legislation on this issue in Canada.

If the EPA establishes more stringent standards for PFAS, many utilities will likely need to invest in certain advanced technologies. “It’s going to take time for municipalities to find solutions to meet the guidance,” says Chia Kung, director of drinking water product management for Culligan International. “The good news is we have products you can buy right now for your home that can help protect you from PFAS.”

*Contaminants may not be present in your water.
**Testing was performed under standard laboratory conditions; actual performance may vary.

How an Alkaline Water Filter Works

How an Alkaline Water Filter Works 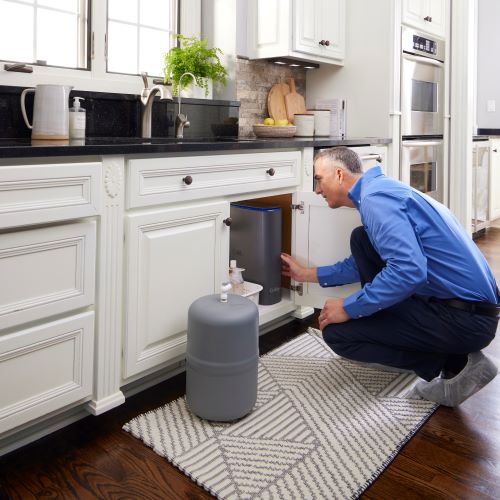 What to Expect at Your Reverse Osmosis System Installation

Learn what happens and what's needed for your reverse osmosis filtration system installation. 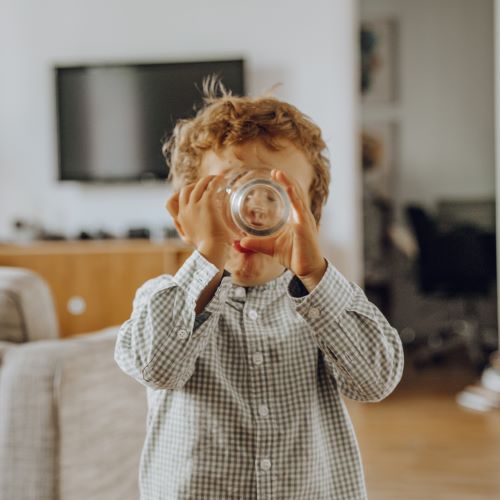 Do you need to drink more water? Brush up on these fun, simple tips for increasing your daily fluid ...